by 17Tons
I believe that I was successful in removing my 'sky'. It all appears black, but I cannot get the horizon to come down more than about halfway. I will upload the picture that I did the removal on, them maybe you can tell me what I am doing wrong.

the picture you've uploaded has no transparent sky/background - with the emphasis on transparent.
That what in your picture is black (just another color like all the others) has to be made transparent (if you are work with the program paint.net select the black areas with the "magic wand" tool and press ctrl-x; then save it again in png-format.
That's what i have done - see the attached picture (it's a copy of your picture modified as described).

Regarding the horizon: just edit the ywl-file with a normal text-editor and set the horizon to at least 350.
That's what i have done - have a look at the attached screenshot of my hometown with your landscape: 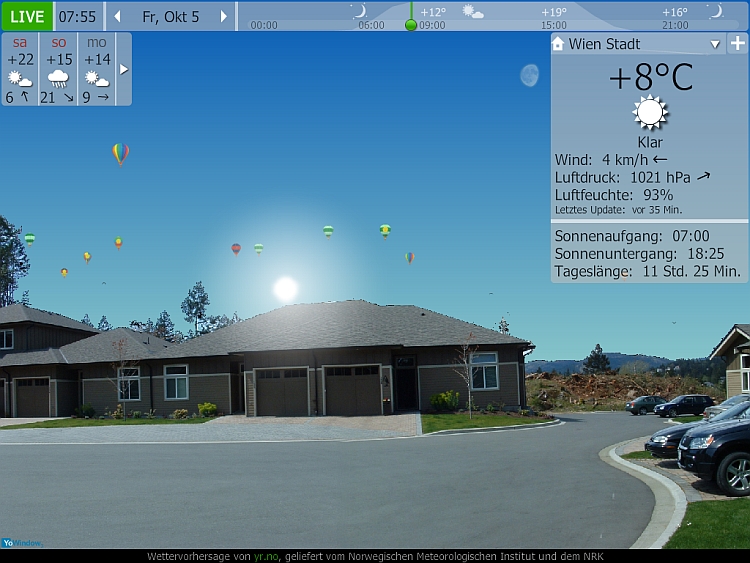 by 17Tons
Thank you for your help.

How can I get some windows in my picture to "light" during early periods of darkness?

by ikarus1969
That's a feature not possible - i'm not sure if it's planned to implement such things. Some users once asked for similar features.

From my point of view such feautres won't be implemented in the near future as the emphasis in developement is on iOS and Android versions which should be published this fall (autumn).
All times are UTC+01:00
Page 1 of 1
Powered by phpBB® Forum Software © phpBB Limited
https://www.phpbb.com/